“Between Roosevelt’s late November Bill of Rights Day proclamation and his radio address on December 15, the Japanese attacked Pearl Harbor and Nazi Germany and Fascist Italy declared war on the United States.”

Among many days worthy of remembrance, one that is often forgotten is June 8, 1789, when James Madison, in the first Congress under the newly ratified Constitution, addressed the House in a historic speech. The government had been operating for only a few months. Several states had submitted proposed amendments to the Constitution which Madison encouraged Congress to consider and worked to consolidate and draft himself. The result would be what the world now knows as the Bill of Rights.

Pearl Harbor and the Art of Politics 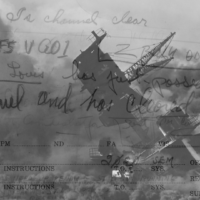