“We, the descendants of the pioneer long hunters of the mountains, have been called Scotch-Irish and pure Anglo-Saxon, and that is complimentary, I reckon. But we want the world to know that we are Americans.”

Sergeant York, the highest-grossing movie of 1941, opened in American theaters in July and was still playing after the attack on Pearl Harbor on December 7. A biographical film starring Gary Cooper as the WWI hero Alvin York, it would receive 11 Oscar nominations and win two. Young men went directly from watching the movie in theaters to the enlistment offices, to sign up for the war that had just come to America. And the hero who inspired them to join the fight was a man of peace. 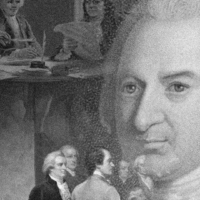