“The year 1941 has brought upon our Nation a war of aggression by powers dominated by arrogant rulers whose selfish purpose is to destroy free institutions.”

January 1, 1942, had been set aside by President Roosevelt as a Day of Prayer. He had good reason for doing this; it was a dark time. The Japanese had attacked Pearl Harbor just a few weeks before. Then Hitler declared war on the United States. America was suddenly at war with the greatest military powers in Europe and in Asia. British Prime Minister Winston Churchill was Roosevelt’s guest at the White House for strategic discussions. They spent a memorable, and very American, New Year’s Day together. 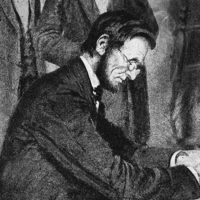