“The year 1776 is over I am heartily glad of it & hope you nor America will ever be plagued with such another.”

From August to the last week of December, as David McCullough writes, “1776 had been as dark a time as those devoted to the American Cause had ever known.” As the year ended, despite the stunning and historic victory at Trenton the day after Christmas, there was good reason to fear that Washington’s army would dissolve and with it any hopes for the American Cause. Washington pleaded with the men to stay on another month. The fate of liberty depended on them. 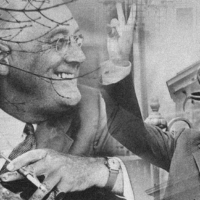